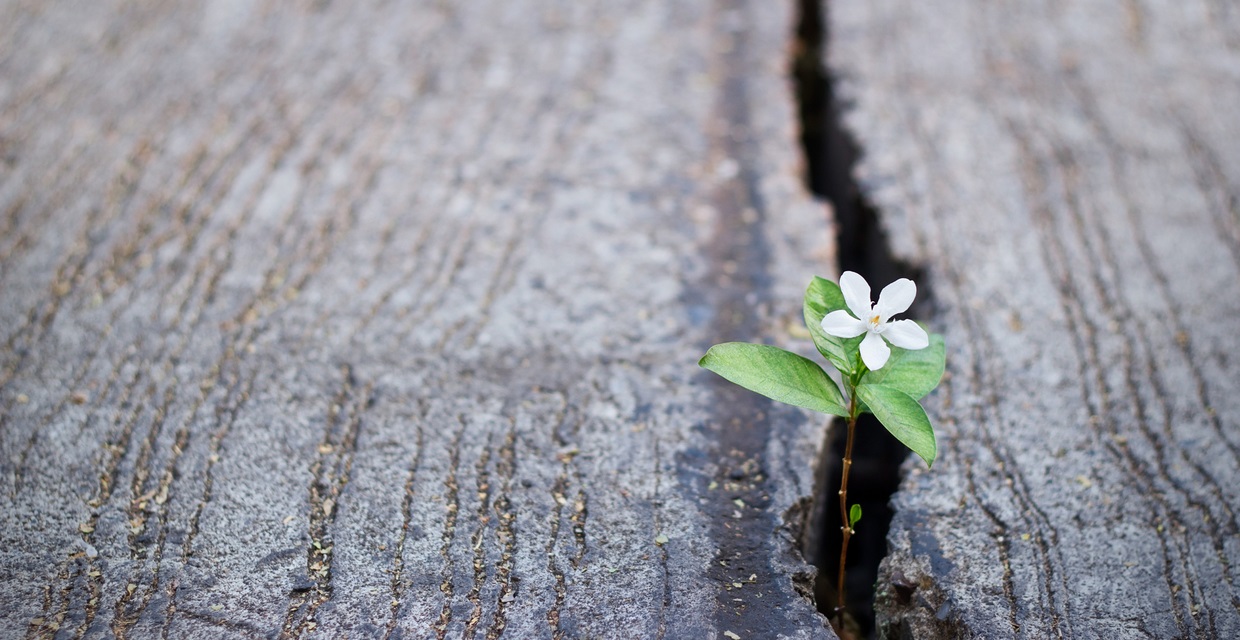 Understanding the mind-set of a domestic violence victim is almost impossible to do. Unless, like this writer, you’ve been one.

When I fled my abusive relationship for the last time (yes, I left and went back), one of the first things my well-meaning friends and family asked was why I never told them what was happening to me.

“Why didn’t you say something,” they’d ask, looking concerned and confused. “I could have helped you. I could have done something!”

And I believe them. Had they known how horrible my life had become, I have no doubt that they would have done their best to help me. But all this happened more than twenty years ago. Today, I’m healed, emotionally healthy, and over it—and have the clarity of hindsight to see that my friends and family would have helped me.

But back then, not so much. Because when you’re in the thick of things, in the middle of a Hell that you’re convinced is of your own making, you can’t see anything clearly. Fear and shame consume you—they’re your constant companions. And when you look at your family and friends, you often can only see judgment and derision. You know their opinions about women who stay in abusive relationships.

Consider this scenario: You have a childhood friend with whom you’ve always been close. Lately, she’s not around as much as she used to be. You assume it’s because she’s all wrapped up in her new relationship. And at first she was. When things were new, she couldn’t get enough of him. They spent nearly every waking moment together.

But back then, you still heard from her—she called you. And even though she mostly just bragged about her new love, it didn’t matter. She was happy.

Then the calls became less frequent. And when you called her, she’d rush off the phone, sounding hurried and distracted. Mutual friends casually mentioned that they hadn’t seen her in a while. “It’s her new guy,” you’d tell each other. “They’re never apart these days.”

Soon you get used to her absence, to not talking to her as often. You miss her, but you don’t want to be that friend who seems like she’s trying to sabotage her new love.

One day you bump into her at the grocery store, and you’re shocked by her appearance. She’d always been so meticulous about how she dressed, especially in public. And now she’s wearing sweat pants—she’d never be caught dead wearing those outside of the house or gym! Yet here she is, not only in sweats, but they’re stained, and she’s wearing a baggy T-shirt, her hair, usually perfectly coiffed, now pulled into a sloppy ponytail. Her fingernails are ragged and unpolished.

But you’re so happy to see her you pull her into a tight hug. She stiffens in your arms, as though she’s in pain. You let go—surprised. And then you take a really good look at her face.

She won’t meet your eyes. Her mouth trembles a little, and her lips are chapped. Is that a fading bruise on her cheek? You’re thinking. No, it must be the lighting.

“How are you?” You ask again, only this time you mean it.

Something tells you she isn’t fine at all. You have an inexplicable urge to pull her into your arms again, but you don’t. Against your better judgment, you ignore your instincts and send her on her way. And in your gut you know that something is terribly wrong with your once outgoing, vivacious, beautiful friend.

Here’s what you don’t know: Your friend would love nothing more than to fall into your arms and ask for help. But she won’t. She can’t. She’s too ashamed. As awful as you think she looks, she believes she looks even worse. In a relatively short period of time, her boyfriend has gotten into her head and convinced her that she’s ugly, stupid, and worthless.

Your friend no longer puts any effort into her looks because he’ll either accuse her of dressing up for some “other man,” or he’ll just tell her she looks like crap anyway—so there’s no point in trying anymore.

Sweatpants are her new best friend.

She doesn’t call anymore because she’s embarrassed by her life. That wonderful guy she bragged about in the beginning has turned into a monster. And she knows that if her friends knew how bad things were, they’d think she was just as stupid as he says she is—and maybe she is. After all, she still loves him. So maybe she’s getting exactly what she deserves. At least that’s what she thinks.

You don’t see her as much because that’s what abusers do: They isolate their victims from friends and family. They do it subtly, though. He’d never go so far as to say that she isn’t allowed to see you—that’s too direct and he’s much smarter than that. Instead he manipulates her into staying away by doing things like picking a fight with her when she comes home. That way, the next time you invite her out, she’ll decline in order to avoid another fight. Or he’ll accuse her of loving her friends more than him. So that she’ll stay home instead of upsetting him. He uses her love for him like a weapon.

And those fights she’s so eager to avoid? “Fight” isn’t exactly the right word, not when she always ends up sprawled on the floor. At first, it was more yelling than anything. She could hold her own back then. She always did have an acid tongue. But then he became cruel, saying things that cut her to her core. And he twisted her words and used them against her. And all the while, he was playing the wounded one who couldn’t understand how she could treat him so badly when he loved her so much. There were the accusations and recriminations, wild scenarios forged in the deep valleys of his twisted mind. Her smart mouth never stood a chance against his emotional brutality.

By the time the first punch landed on her jaw, her psyche had been beaten to a pulp. And don’t be fooled by the shell of a woman you just saw at the grocery store. She used to fight back. She even got a few good punches in, especially that first time. But he’s stronger than her. Bigger than her. He’s been throwing punches all his life and she never even got a spanking as a child, so she never stood a chance against him physically, either.

You ask yourself, If it’s so bad for her, why didn’t she say something to me? I was right there! We’ve been friends since childhood. Surely she knows that I would help her!

Does she know that, though? Does she really? Or does she look at you, her childhood friend, and remember the time you said, “I don’t understand why women stay with men who hit them”?

Remember when the Ray Rice abuse story first broke, and you all were having drinks? Remember what you said? You said, “If a man beats me once, shame on him; if he beats me twice, shame on me. That woman was an idiot for marrying him after what he did to her in that elevator!”

Your friend remembers those words. And even though she knows you love and support her, she can’t help but wonder how she’d change in your eyes if you knew what was really happening. Understand that she wants desperately to leave her current situation, but doesn’t know how. She may also be convinced her abuser will hurt whoever does try to help her. Remember, he’s in her head, even when he’s not beating her.

Trust your instincts, though. You know your friend. And from that encounter in the store, you know that something is definitely wrong. So please, don’t be afraid to follow up with her.

Start with a phone call. But ease into it: Don’t immediately launch into how you think she’s being abused, or anything like that. If her abuser’s at home when you call, she won’t say anything of substance, anyway. You simply want to convey the message that you’re concerned and want to help. Keep your words loving and gentle—and pressure-free.

Say something like, “I know you’re busy now. But when you have a few minutes to yourself, give me a call. I’m worried about you and want to help. I love you.” Keep the call brief, but be clear: You’re worried, you want to help, and you love her.

If she doesn’t call back right away, call her again. Keep reaching out to her. Try to reach her when you know she’s alone or at least away from him. Remember, your goal is to help, not endanger her any further.

Be prepared for her denials. Shame, guilt, fear, and even worry for your safety will keep her from opening up to you. Just gently remind her that if she’s in the kind of trouble you suspect, she has no reason to be ashamed. You love and respect her, and just want to help.

The reality is that gentle persuasion may not work. Real intervention, possibly involving law enforcement may be required. If that’s the case, don’t attempt to handle this on your own. Involve other friends and family, and most importantly, seek professional guidance from the experts. Let the experts help you help her.

You need to know that an abuse victim leaves her abuser on average seven times before she leaves for good. So, even if your friend leaves this time, she may go back. This is where your friendship will really be tested. You’ll be disappointed and even angry that, after all the work you did to help her escape, she willingly goes back. And your anger is understandable.

But an abuser’s most lethal weapon is his ability to manipulate his victim’s mind. Breaking his hold on your friend will take time, patience, professional help, and a whole lot of hard work on her part. You just have to keep loving and supporting her, even when she disappoints you. Try to resist judging her: It will only make things worse.

It’s painful to watch someone you love suffer domestic abuse. It’s also hard to understand why women stay with or return to the men that hurt them. But leaving is far more difficult than people think. Fear, lack of financial resources, and shame are just a few of the reasons women stay (or return). If children are involved, it’s even more complicated. Many women truly have nowhere to go. Shelters fill up fast and are few and far between. And sadly, as far as we’ve come in this country with regards to strengthening laws to protect women, it’s still way too easy for abusers to track down their victims and murder them. So some women just stay, hoping to survive another day.

As friends and supporters of abuse victims, we need to be more educated about the dynamics and mechanics of domestic violence. And most of all, we need to shed our own preconceived notions about the victims. They need our support and empathy. I learned that the hard way. I used to sit in judgment of women who stayed with their abusers, too. And I stayed on that high horse until the man I loved knocked me off with a punch.

Note: It looks like JavaScript is disabled in your browser. Some elements of this form may require JavaScript to work properly. If you have trouble submitting the form, try enabling JavaScript momentarily and resubmit. JavaScript settings are usually found in Browser Settings or Browser Developer menu.